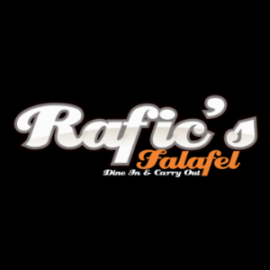 To many, the middle of the 1900’s were some of Lebanon’s most beautiful days. Around that time, a young man from the southern city of Bint Jbeil, along with his wife, set out on a simple mission to open a restaurant that served good food made with the freshest ingredients. Using the best spices he could find, and his very own garden grown vegetables, Rafic came up with recipes that represented a staple of the Lebanese tradition. It caught on quickly and people from all over Lebanon wanted to give it a taste. The food was light and tasty, the atmosphere was friendly, and Rafic’s Falafel became the new favorite place to eat for many people.

Years past, marred by hardship and strife, and the couple made the difficult decision to close down their restaurant and move to America, where their children had been for years. Even thousands of miles away, many people knew of that old restaurant. When Rafic came to town, they encouraged him to open up his classic restaurant in his new country. Giving guidance (and awesome secrets) to his sons, Rafic’s Falafel is back and better-than-ever. They’ve reclaimed falafel, and made some new innovations along the way; Hassan’s crispy chicken tenders, sujuk made shawarma-style, and perfectly seasoned mixed shawarma platters are capturing bellies old and

Places You Should Consider 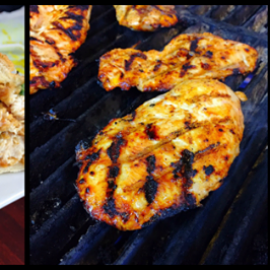 Is Rafic's Falafel one of your Favorite Places?

Add to My Connections

Say Something or Ask a Question about Rafic's Falafel

Bang for your Buck

Is This Your Listing?

Are you the owner of Rafic's Falafel in Detroit Michigan? Send us more details! Claim Your Business Or Contact Us